Smudge your tarot deck with sage.

Among its other benefits, burning dried sage, or smudging, is believed to dispel stale, negative, or toxic energies lingering in the air. Smudging a tarot deck, or any object really, can similarly clear its energies.

To smudge, all you do is burn a sage bundle, or wand, and move the tarot deck through its smoke. The fragrant smoke rising from the sage will purify your cards.  Please don’t burn your tarot cards or rub the ashes on your cards or anything like that! Nothing forces you to look at each and every card like having to put them back in order after shuffling them a thousand times! And you especially need face time with each and every card in a new deck because the imagery in decks can be quite different from what you’re used to. You don’t want to be caught off guard or stumped in the middle of a juicy reading because you draw a card you’ve never really noticed before.

What’s the last tarot deck you bought? How did you break it in? Or, are you currently having trouble with a new deck? Let me know in the comments below! 10 Ways to Listen to Your Intuition 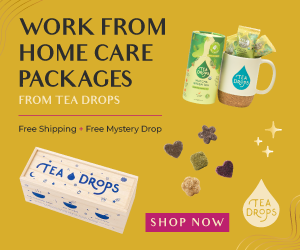 TAROT TIP OF THE DAY: don’t get too hung up on t

Ready for this? Because this is NOT the post I had

Chakras are energy centers in our body that regula

someone heard a firework and can’t get close eno

TAROT TIP OF THE DAY: A lot of people call the 4 o

🚨 NEW BLOG POST: HOW TO BOND WITH A NEW TAROT D